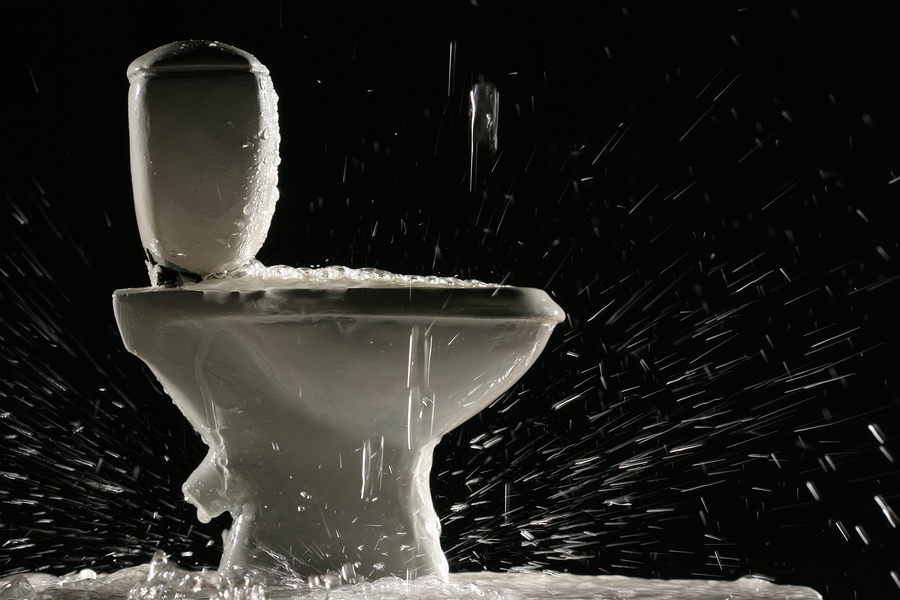 Look, we get it, we really do. If you can fix something by yourself, you’re going to do it because it’s going to save you from hiring a plumber that you’re going to have to cough up the cash for. Not every problem has an easy fix though, and in some cases what seems like a small issue, can turn into a big problem. If you have a particular drain that is constantly clogged then obviously your attempts haven’t worked on it and it’s time to call in a professional. Whatever you’ve been doing might be working in the short term, but if the problem keeps coming back then you could potentially end up with a very unsanitary, and damaging situation to your home. So have are 5 of the most common drain issues that may require you to call in a professional?

An overflowing toilet can cause some serious damage to a home. Occasionally a simple plunger may correct the clog, but often the clog may be a part of of bigger drain issue that will only get worse with time. Very often items that don’t belong in the toilet get flushed by children and become logged in the pipes. If it keeps overflowing then you’ll need to bite the bullet and call a plumber because you most likely have bigger issues.

It happens pretty often, but that doesn’t mean it isn’t serious. Your first instinct will be to go buy a drain cleaner at the store and if it’s a small clog then that might be enough to push it through, but there’s every chance that it won’t clear the clog and it will just make it worse. Your drains clearing slowly could be caused by grease build-up, hair, foreign objects, or many other reasons, but it’s better to have a professional take care of it before you have a damaging expense on your hands.

If you start to hear gurgling come from other appliances that use water, then you probably have a problem on your hands. If the wastewater is not able to drain properly and begins gurgling then that is a sure sign that you need to call in a plumber to clear your drains. Think of it as pre warning that a backup is close.

If you have more than one drain clogged in your home then things have really gotten to a serious level, and neither your plunger nor over the counter chemicals will do any good. A backup in more than one drain means that the blockage is somewhere in the main drainage system, or in your septic tank if you have one.

In many cases there has been a break in the main pipe that has allowed roots to grow inside the pipe and fill up the space where the waste would be able to exit the home. If the root intrusion has not entirely broken the pipe then Hydro Jetting can be performed. Hydro Jetting is a very effective method of cleaning sewer lines and pipes by using high pressure streams of water to remove build up, paper products, waste, hair, roots, sludge, soap, grease, sediment blockages, and other debris. Check out our article Hydro Jetting Sewer Lines to Unclog Plumbing Pipes for more on this option.

You want to smell your cooking, not your drains. Consider what gets washed down your drains every day and you’ll understand why they might smell, but they shouldn’t, and if they do it’s a sure sign that you have a build-up on your hands. Cutting a lemon up and squeezing the juice down your drain can be a temporary fix to mask the smell, but ultimately it’s not going to cut it. Foul smells are a sign that your drains desperately need to be serviced.

If you are experiencing a clogged drain, sink, or toilet in Mount Dora Florida, Lake County, or the surrounding area, don’t hesitate to call Blue Sky Plumbing where there are NO EXCUSES only solutions!

How To Properly Use A Plunger

Common Causes of Clogged Drains in Your Home