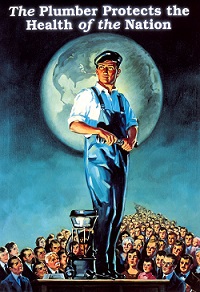 Before being able to fully appreciate the history of plumbing in America you must first know what plumbing is and what it entrails. Plumbing is the system of pipes, drains, fittings, valves, and fixtures installed for the distribution of potable water for drinking, heating and washing, and waterborne waste removal. “Plumbing” also refers to the skilled trade that deals with the installation and maintenance of the plumbing in homes and commercial buildings. The plumbing industry is a substantial part of every developed economy. Some Americans might take their bathrooms for granted, but we’ve only enjoyed the benefits of indoor plumbing for a relatively short period of human history. Next time you’re fighting a clog or cursing at a frozen pipe, take a moment instead to give thanks for the convenience and sanitation of modern plumbing and think about how far we’ve come.

Our modern system of water mains and sewers did not develop overnight. In fact, a number of ancient cultures used some form of plumbing.

Civilizations in India, China, Central America, the Middle East and the Mediterranean all came up with systems to provide clean water to citizens and remove waste from densely populated areas.

Ancient Rome was the most advanced, building giant aqueducts that brought water into city centers and individual homes, and using underground sewers to carry it away. However, when the Roman Empire collapsed in the 5th century their plumbing advances fell by the wayside as well, and Europe descended back into the world of outhouses and chamber pots for over 1,000 years. Poor sanitation and dirty drinking water led to the spread of diseases like typhoid, cholera and the plague, contributing to mass deaths and low standards of living over all.

Fortunately, plumbing technology made a comeback and helped usher the Western world into a cleaner and more enlightened era. London began experimenting with providing fresh water to the city in the 17th century, but most other population centers lagged behind. Cities in the United States gradually integrated their own water systems. In 1833 the White House had running water installed in its first floor. In 1855, Chicago became the first American city to install a comprehensive sewer system. At the turn of the century, many people still used rain barrels and wells to get their water, while public fountains and water trucks provided it to people living in cities. But convenient water access and sewage removal went from a novelty to a necessity over the course of the 20th century. And the toilet itself? There had been various attempts throughout history to build a functioning model , but it wasn’t until Thomas Crapper’s design at the end of the 19th century that one really caught on with the masses. It is such a great thing that plumbing has improved since it was first thought of, or who knows what we would be using today instead.

If you are in need of a Professional Plumber in Mount Dora Florida, Lake County, or the surrounding area, don’t hesitate to call Blue Sky Plumbing where there are NO EXCUSES only solutions!

How to Choose a Plumbing Company – Top 6 Tips

How To Maintain A Well For Drinking Water