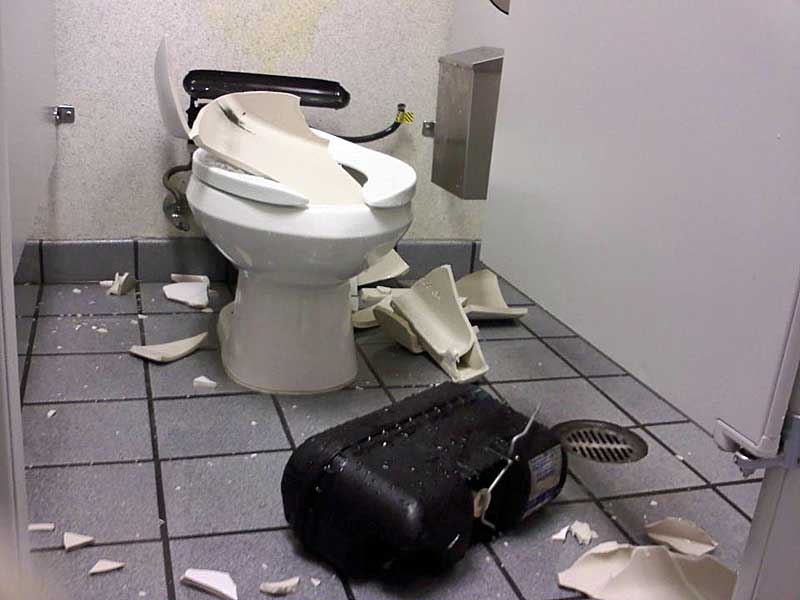 Commonly found in commercial buildings like restaurants, pressure assisted toilets used to be highly sought after because of the way they function. Pressure assisted toilets are known to flush with more power as opposed to the standard traditional toilets. With traditional toilets typically found in the home, water fills the tank behind the toilet bowl and when the toilet is flushed a valve releases water from the tank into the bowl which creates that swirl of water we’re all used to seeing. Unlike these standard toilets, pressure assisted toilets use a combination of high pressure air and water when flushing, and that is due to how the toilets are constructed. There is a plastic tank that gets placed inside the porcelain tank that stores air pressure from all of the previous flushes and when the toilet gets flushed again, the air pressure that has been stored above the water forces the water out at a faster speed. This flushes the toilet more efficiently and leaves the toilet bowl cleaner as well as helping to keep the pipes unclogged. Because of these things it may initially seem like there is no debate; if pressure assisted toilets work better and keep the toilet bowl cleaner, then they must be the better option, right? Well, there is a good reason why they may not be.

These pressure assisted toilets have a history of exploding and causing harm to individuals as well as damage to property.

Because of the amounts of pressure the tanks store after flushing, these toilets are literally ticking time bombs.

If you’ve been considering installing a pressure assisted toilet into your home or place of business you might want to strongly reconsider. The problem with these toilets is that so much pressure builds up in the tank that if all the pressure gets released then the tank will blow up. Because of the fact that these toilets build up pressure every single time they are flushed, it is impossible to tell when they will be prone to exploding and this could happen at any time at random. This isn’t just a problem that has occurred a handful of times either. This has happened so many times, it’s scary. 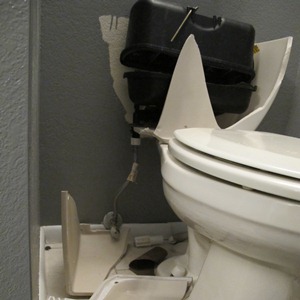 Hundreds of toilets have been reported to have exploded and Flushmate has even issued a recall for their products on their website. If you have one of these units then head over to www.flushmate.com/recall to see if your toilet is included. You can also contact them by phone at (800) 303-5123 between 8:00 a.m. and 10:00 p.m. ET, Monday through Friday and between 8:00 a.m. and 6:30 p.m. ET Saturday. If you already have a pressure assisted toilet then you may want to consider having it removed immediately. It is a proven safety hazard to use these toilets because their malfunctioning can be completely unpredictable. Don’t take a chance and play it safe because no one wants to be the one sitting on a toilet when it explodes.

If you are in need of a new toilet installation in Mount Dora Florida, Lake County, or the surrounding area, don’t hesitate to call Blue Sky Plumbing where there are NO EXCUSES only solutions!

New Technology For Your Toilet At Your Convenience